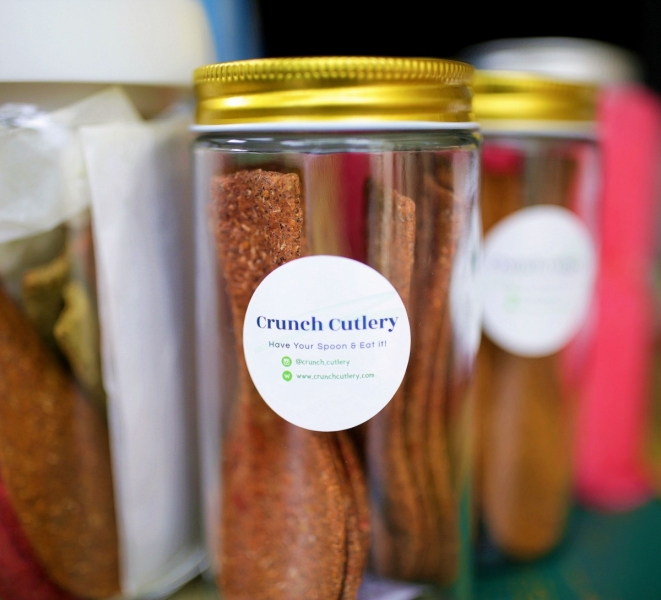 During early May, businesses and entrepreneurs that sprung up during the first Circuit Breaker and beyond were still in full gear, a result of the rise of time freed up and having nothing to occupy it with. Ms Anna Lam, Co-Founder of Crunch Cutlery, was one such person. During the Circuit Breaker period, the free time she had meant she was able to develop some ideas that had been percolating in the back of her mind, including something that had fascinated her since 2015: edible cutlery.

“I first came across the idea of edible cutlery on the Kickstarter crowdfunding platform back in 2015,” she tells us in an email interview. “An Indian company called Bakeys had presented the idea, and I was fascinated by the concept.” She was also, at the time, stricken by the amount of single-use plastic waste that she had accumulated during the same period thanks to takeaway and food delivery. “I found it hard to stick to reusable cutlery because of the added inconvenience,” she admitted. “That was when I realised that the inconvenience pain point had to be solved to make an impact on single-use plastic consumption in Singapore.” 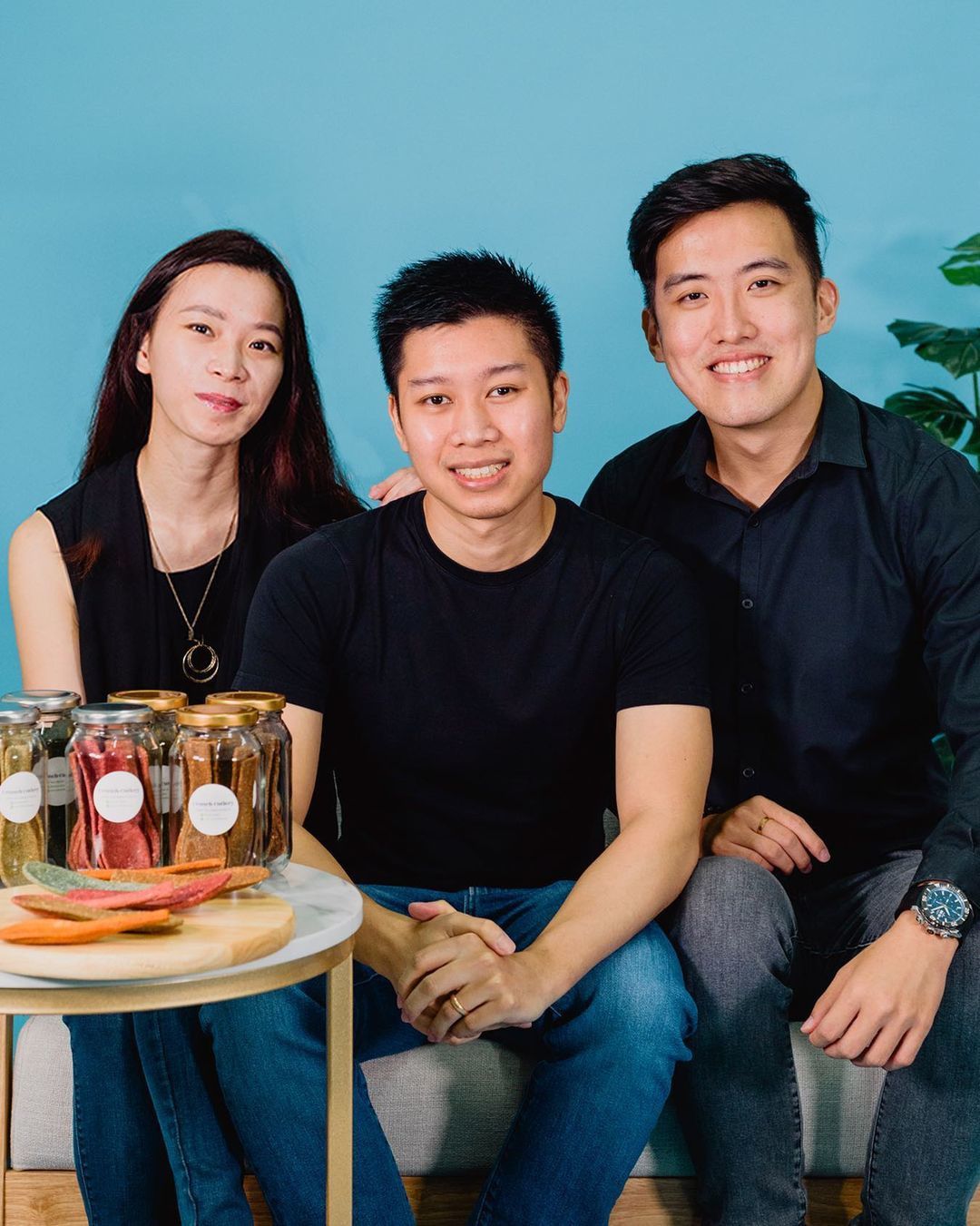 After coming across a simple recipe for hard tack, and marvelling over the simple combination of flour, salt and water being the impetus for an extremely tough cracker that could last for years, she took that basic recipe and started experimenting from there. Spoons, one of the most versatile pieces of cutlery, was her starting point and research and development had taken her some time before she was satisfied with the product, later branching out to other cutlery styles like forks. With Co-Founder Mr Sean Neo, Ms Lam managed to work with a co-licensed kitchen that provided many aspiring F&B start-ups to innovate and experiment, and with the help of investors that believed in their cause as well as incubators, they were able to reach out to multiple businesses to try out, and then stock their products to be served alongside their food.

They’re getting the recognition that they deserve: In May, Crunch Cutlery’s spoons were served with miniature desserts provided by Fairmont Singapore during the HSBC Women’s World Champions event held at the Sentosa Golf Club, and later that month the Crunch Cutlery team celebrated another milestone with the sale of their 10,000th spoon. Currently, the team’s Crunch Cutlery spoons come in 6 different flavours: Strawberry, Bluepea Lychee, Green Tea, Tomato, Spicy and Gluten-Free Buckwheat, with plans to experiment with ingredients like oats and brown sugar, as well as dedicated dessert cutlery and stirrers. This is all a testament to Ms Lam’s determinator personality, and their success is a symbol of how entrepreneurs took an opportunity during the Circuit Breaker to launch an idea, and how that one idea managed to spark some hope and optimism about the F&B business in May. 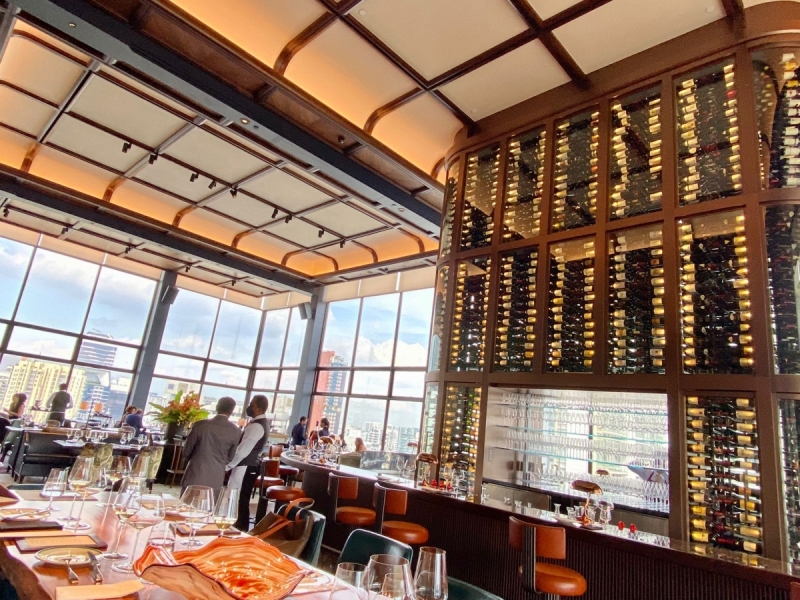 Wine and Dine in the Newest Wine Club In the Skies! 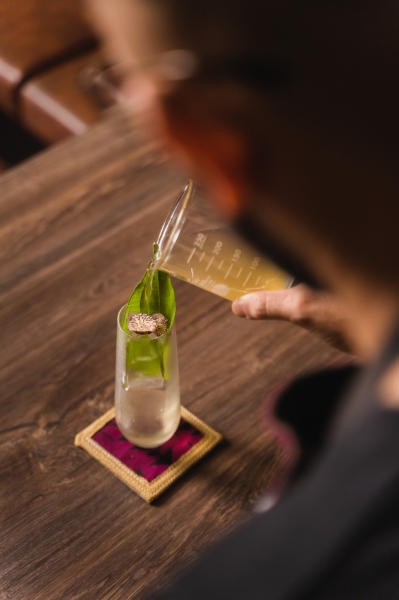 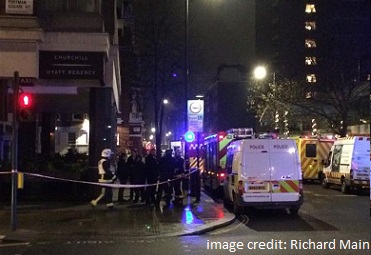 Perfect Roasties in a Minute: Meet the 60-second Chef